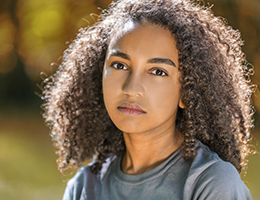 Nearly half of all murdered women in the U.S. are killed by a current or former male romantic partner, research suggests. Now a new study finds that intimate partner homicide is also a threat to teen girls.

The study looked at data from 32 states involving nearly 2,200 adolescents killed between 2003 and 2016. All were 11 to 18 years old. The study found that nearly 7% were killed by a current or former intimate partner.

The vast majority of victims—90%—were girls. Their average age was 16.8 years. Perpetrators were almost always male, with an average age of 20.6 years.

Most victims were killed with firearms, especially handguns.

The study also explored what events might trigger this deadly violence. It found that victims were most commonly killed after they broke up with perpetrators or wouldn’t date them, or if the perpetrators were jealous of a new partner, accounting for 27% of cases.

About 25% of the homicides were triggered by a heated argument. This was the second most common trigger.

And some homicides were pregnancy- related—a perpetrator did not want a pregnant girlfriend to have a baby. Some also occurred when perpetrators discharged firearms accidentally.

Too often, teen dating violence is seen as less serious than intimate partner violence among adults, the researchers warned. But this study shows that violence can quickly escalate among teens as well.

The take-home: Families and peers should be aware of this risk, particularly when teen girls end a relationship.

Protect your teen from dating violence

Learn the red flags of a dangerous relationship—and how to keep your child safe .