Home » News » No, You Don’t Have to Eat Less to Lose Weight 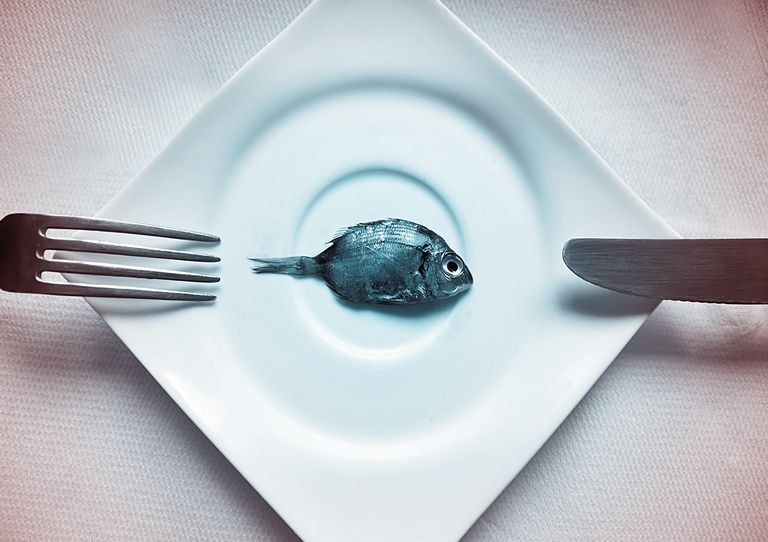 When you want to lose weight, one of the first pieces of advice you’ll hear is “eat less.” But according to a new study from Penn State University, simply choosing to eat more of your favorite healthy foods may be a better approach to weight loss than reducing your portion sizes.

In the study of about 100 women, two groups — one of which had prior training on weight loss strategies like portion control — came into a lab once a week for four weeks to eat lunch. Their meals consisted of seven foods with different calorie loads, and the portion sizes they were served varied each week.

The researchers discovered that both groups ate more food when their plates contained more food, lead study author Faris Zuraikat, a graduate student in Penn State’s department of nutritional sciences, told Men’s Health. This was surprising, because even though the trained group should have eaten less, they couldn’t resist the amount of food that was put in front of them. There was no significant difference in the total volume of food that both groups ate.

​This particular study didn’t measure whether or not the women lost weight and was likely not long enough to see a direct effect, but past clinical trials support the idea that eating more foods with a lower calorie density can lead to weight loss. People who were told to eat more foods with a lower calorie density, like water-rich vegetables, ate a greater weight of food and felt less hungry, says Rolls.

That’s because an “eat more” message may be a better approach when it comes to weight loss, says study co-author, Barbara Rolls, Ph.D., author of The Ultimate Volumetrics Diet, “Research finds that people have a tendency to eat a very consistent weight or volume of food, more so than managing calorie intake,” she explains. “It’s really hard to recognize subtle differences in portion sizes.”

Plus, “fullness” is heavily weighed by the amount of food you eat, rather than the calories they contain alone, explains Zuraikat. If you can reduce your calorie intake by eating a satisfying amount of food, you can still lose weight.

Even though the study only included women, the message is completely universal. “Men really like this approach,” says Rolls. “It makes sense to them, and they like that they can have a full plate of food.”

They both agree that you don’t need special training to take this approach. The easiest thing you can do is make small changes that add up to a huge difference in your daily calorie intake.

“For example, take a sandwich. Go for the whole grain bread for more fiber, go for a leaner cut of meat, manage your spread and choose mustard over mayonnaise,” says Rolls. You’ll eat the same amount of food, but take in fewer calories without even realizing it.

These 12 easy foods swaps are a good place to start.