Home » News » More than half of U.S. parents text and drive 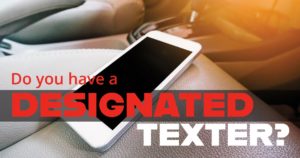 More than half of U.S. parents say they know it’s dangerous to text behind the wheel. But the majority still read or send text messages while they drive, a study in JAMA Pediatrics shows.

That’s a dangerous gamble. Every day, nine people are killed and more than 1,000 are injured because of distracted driving, the National Highway Traffic Safety Administration (NHTSA) estimates.

Researchers wanted to learn about the habits of an important group of drivers: parents. They wondered, in particular, if tech-savvy millennials (born 1981–1996) were more likely to text and drive than older parents. But it turns out both groups have a hard time putting down their phones in the car.

Researchers surveyed 435 parents about their cellphone use on the road. Parents were asked about habits like reading and writing texts, using email, checking social media, and using maps while driving.

Almost 68% had read a text message while driving in the past month. And slightly more than 54% had sent a text.

Significantly, parents with more of these reckless habits were more likely to have been involved in a crash in the past year.

Overall, millennials were more likely to drive distracted. But crash rates were the same in both groups regardless of age.

There was some good news: Two-thirds of parents said they were less likely to use phones behind the wheel when their kids were in the car.

But there’s more you can do as a parent to protect your family and others on the road, according to the NHTSA: