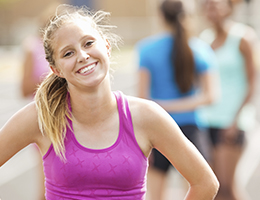 Teens make up nearly half of all those diagnosed with STIs every year in the U.S. Some curable STIs like chlamydia can be dangerous if not treated. They might cause pelvic inflammatory disease (PID) in women. This infection can make it hard—or impossible—to get pregnant.

The study included nearly 700 teen girls ages 13 to 19 who visited two emergency departments between 2016 and 2017. All of them were diagnosed with PID or chlamydia. And 208 were prescribed medications for their conditions. But only 54% of them filled those prescriptions.

That troublingly low percentage surprised the researchers. They caution that it’s crucial to boost prescription rates in such a high-risk population.

Several hurdles might get in the way of STI treatment for teen girls. For example, the costs of medications may be too high. Or teens may have concerns about their privacy. The study authors called for more research to better identify the challenges so they can be addressed.

Their findings appeared in JAMA Pediatrics.