Home » News » Breaking the Booze Habit, Even Briefly, Has Its Benefits 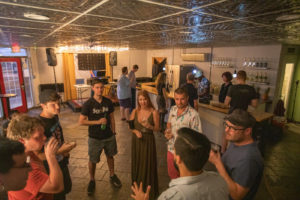 At 8 p.m. on a Saturday night, people are starting to pack into a popular bar called Harvard & Stone in a hip Los Angeles neighborhood. The chatter gets louder as the booze begins to flow.

In the far corner, about a dozen women in a group are clearly enjoying themselves too, but they are not drinking alcohol. They’re sipping handcrafted mocktails, with names like Baby’s First Bourbon and Honey Dew Collins, featuring nonalcoholic distilled spirits.

They’re part of a sober social club, made up mostly of women in their 30s who want to have fun and make friends without alcohol.

The members of this club work out, have demanding jobs and simply don’t want to feel foggy or hungover anymore. Without alcohol, they say, they just feel better.

“Oh my gosh. Well, one thing that was noticeable to pretty much everybody was my overall health and, like, my skin, my eyes. … I lost weight,” says Stephanie Forte, who works in sales in the beauty industry.

Another social club member, Kathy Kuzniar, says she used to obsess over whether there was enough wine in the house. She says she feels calmer since she became sober, and she has lost 30 pounds.

“I’m creative again,” Kuzniar says. “And I know I wouldn’t be doing those things if I was still drinking.”

Not too long ago, a group of women in a bar who were not drinking alcohol would have seemed kind of strange. According to the National Institute on Alcohol Abuse and Alcoholism, 86 percent of adults over 18 report having had an alcoholic drink or drinks at some point in their lifetime, and 56 percent say they’ve had alcohol in the past month. Still, abstaining from alcohol — on a short-term basis or longer term — is becoming more common.

“Not everybody wants to get wasted when they go to the bar,” says Forte. Sometimes, being there is just about wanting to be social and fit in. 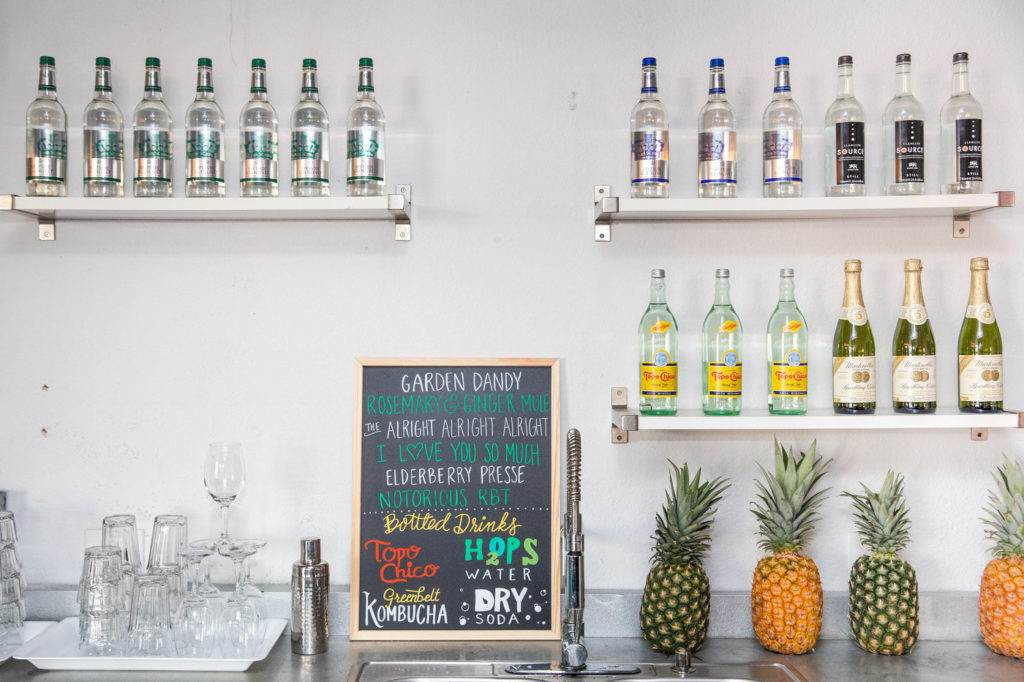 The “sober curious” or “sober sometimes” movement started as a challenge for those who felt they’d partied a little too hard over New Year’s weekend. First there was “Dry January,” when people could brag on social media about how they were taking a break from booze. Now there’s “Dry July” and even “Sober September.” And the movement has spread across the U.S., with people challenging each other to see what life is like without alcohol and share in that experience.

Instagram accounts like 86 percent and Sober Nation have tens of thousands of followers, as does Ruby Warrington, author of the book Sober Curious: The Blissful Sleep, Greater Focus, Limitless Presence, and Deep Connection Awaiting Us All on the Other Side of Alcohol, which was released last December.

And while there is virtually no downside to taking a break from drinking alcohol — or quitting altogether — science is just beginning to study the ways abstinence might be good for you.

So far, there are a handful of studies that point to some benefits of abstinence for even moderate drinkers — in addition to the widely recognized benefits for people who have alcohol use disorder.

A 2016 British study of about 850 men and women who volunteered to abstain from alcohol during Dry January found that participants reported a range of benefits. For instance, 82 percent said they felt a sense of achievement. “Better sleep” was cited by 62 percent, and 49 percent said they lost some weight.

Another study published last year by researchers in Britain compared the health outcomes among a group of men and women who agreed to stop drinking for one month, with the health of a group that continued to consume alcohol.

“They found that at the end of that month — just after one month — people, by and large, lost some weight,” says Aaron White, the senior scientific adviser to the director at the National Institute on Alcohol Abuse and Alcoholism. “They had improvements in insulin sensitivity, their blood pressure numbers improved and their livers looked a little healthier.” The improvements were modest, White says, but the broad range of benefits the researchers documented was noticeable.

To help understand how taking a break from alcohol can influence healthy functioning of the liver, researchers in the Netherlands carried out a separate study to document the biochemical effects of one month of alcohol abstinence.

The study was small. It included just 16 people who had been in the habit of drinking about two drinks per day on average. Still, the findings were provocative, scientists say, and merit following up.

After a monthlong break, researchers measured levels of a liver enzyme called gamma-glutamyltransferase, or GGT. “There’s an antioxidant made by the liver called glutathione. You can get an indirect measure of how much oxidative stress the liver is under by measuring an enzyme called GGT that helps replenish glutathione stores,” White explains.

After one month, the researchers documented a reduction in the participants’ GGT.

“The findings of these studies are actually very surprising,” White says. Health risks linked to heavy, long-term drinking are well known, but this is some of the first evidence to help scientists understand how the body responds to even a short break from moderate alcohol use.

For drinkers who have become alcohol dependent, taking a short break is likely not an option. Many people who drink heavily have not had an easy road in managing their relationship with alcohol.

Chris Marshall of Austin, Texas, has been sober for the past 12 years. He started drinking in high school, he says, and got his first DUI at 16. Then he joined a fraternity in college and kept drinking.

“All my drinking was really centered around community and wanting that connection so badly with other people,” he says.

He finally got sober with the help of Alcoholics Anonymous. He became a substance abuse counselor to help others but found that being in recovery was often really lonely.

“Those early days of abstinence from alcohol were so tough, because I had no friends,” he says. 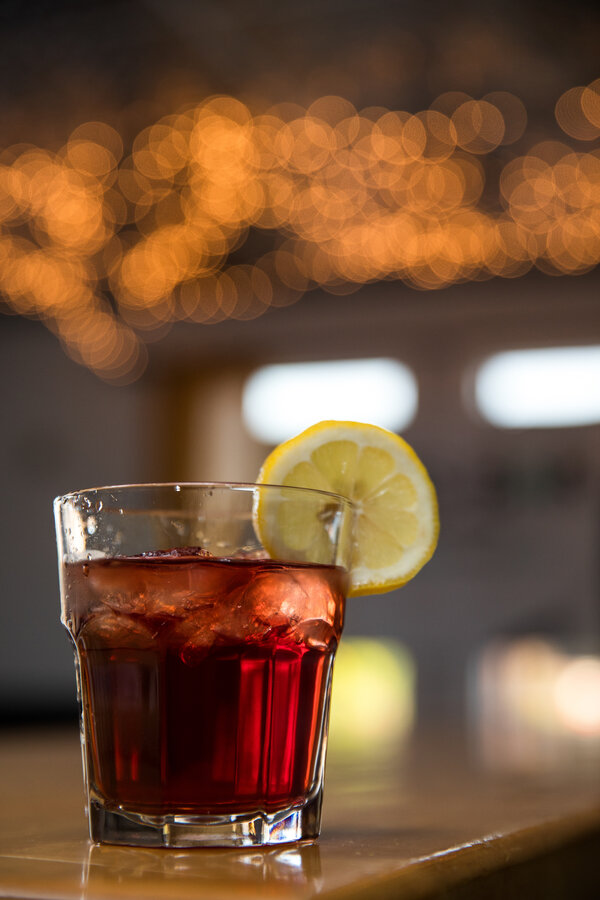 So he created Sans Bar, a sober bar in Austin. It’s open on Friday nights and some Saturdays — a comfortable place where people can talk, make sober friends, listen to music and, of course, drink some good nonalcoholic drinks. (Marshall likes ginger beer, which he says offers a nice burn in the throat that people sometimes miss when they’re no longer drinking alcohol.)

Sans Bar has become so popular that Marshall took the concept on the road this year. He organized pop-up bars in Washington, D.C., New York and Anchorage, Alaska. And he has opened new sober bars in Kansas City, Mo., and western Massachusetts.

“What I want to create across the country are these little incubators for social connection,” he says.

Over the past 12 years, Marshall has seen a lot of changes in the way people view sobriety. Back when he was getting sober, you either drank — or you didn’t, he says. Now there’s a whole spectrum of sobriety.

“Not everyone identifies as sober all the time,” Marshall says. And that’s fine with him.

He welcomes to Sans Bar people who are in recovery and those just curious about the sober life, as long as they are substance free when they arrive and while they’re there.

“You know, alcohol is the only drug in which you have to give a reason for why you don’t do it,” he says.

On a recent Friday night, Rob Zaleski and Kim Daniel walk into Marshall’s bar in Austin. They’re going without alcohol for 30 days, they explain, and are documenting their experience in a podcast and on Instagram at #boozelessATX.

“We came to a realization that we were drinking way too often and way too much,” says Zaleski.

They wanted to see what new skills and activities they could try out while not consuming alcohol. So far, they’ve discovered archery lessons, played flag football, checked out motorcycles at a biker rally and joined a free improv class.

“We’re finding that we can fill our days,” Daniel says, “but sometimes the nights are hard.” Then they discovered Sans Bar. 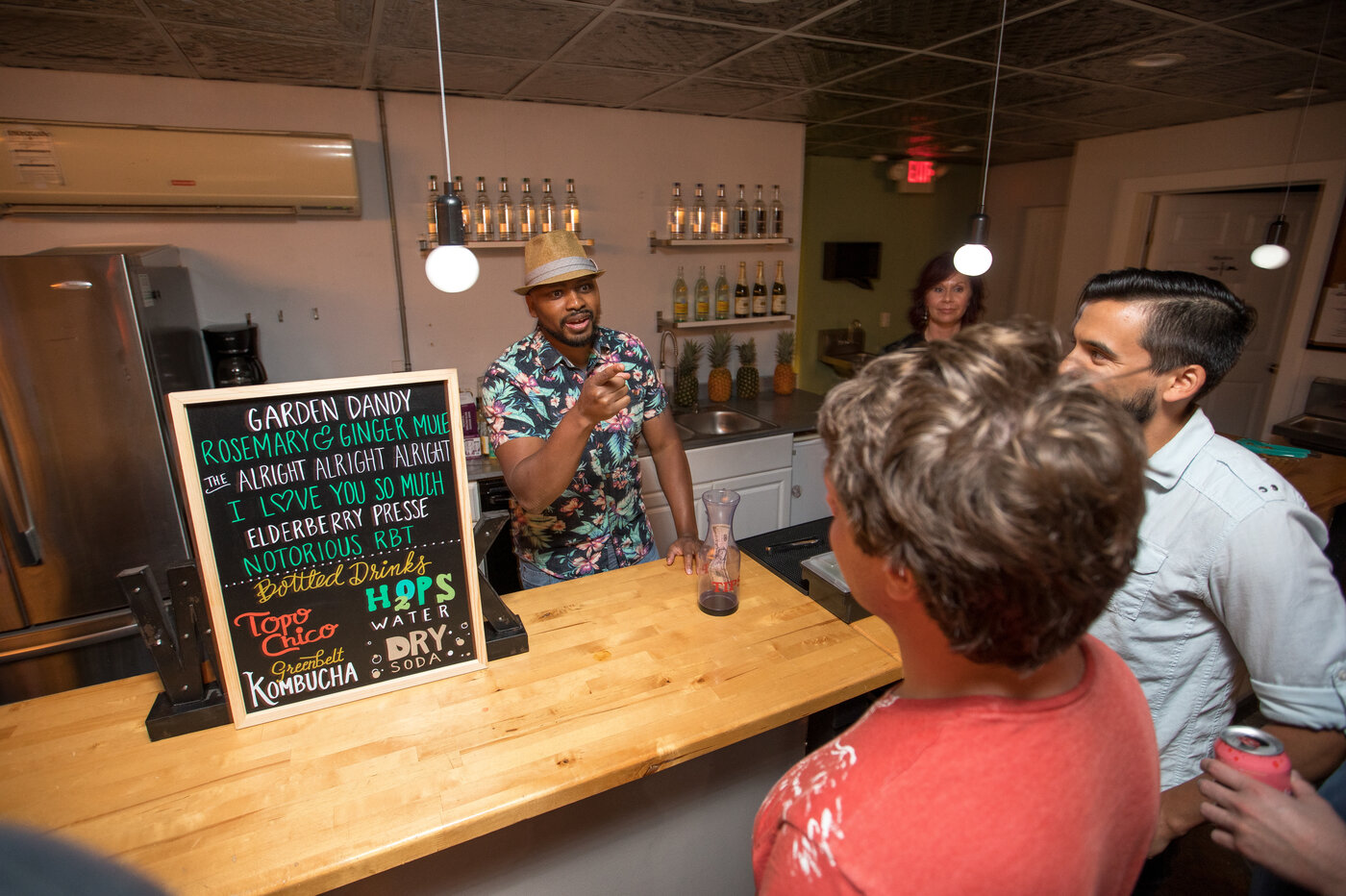 Chris Marshall has organized pop-up Sans Bars in New York, Washington, D.C., and Anchorage, Alaska. And he has expanded into permanent spaces in Kansas City, Mo., and western Massachusetts.

Now, if you’re worried that you are one of the 17 million U.S. adults who are alcohol dependent, and alcohol is causing you stress or harm, seek medical advice. As we’ve reported, there are a variety of treatments beyond Alcoholics Anonymous, including counseling, medications and support groups to help people who want to end that dependency. This NIAAA guide can help you find a program or approach that’s right for you.

But if you can and want to experiment with cutting out alcohol while others around you are drinking, Marshall offers these tips for sticking to it: Be vocal about your plans not to drink, bring a friend who supports you and demand a good substitute beverage.